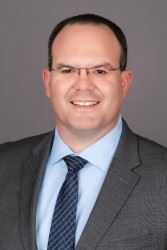 Tim McGallian was first appointed to the Concord City Council in January 2017 and elected to a four-year term in November 2018. He was selected by his Council colleagues to serve as Mayor beginning on Dec. 3, 2019.

He previously served as City Treasurer from July 2015 to January 2017. He served on the City of Concord’s Planning Commission from 2010 to 2015. He is the Past President of the Todos Santos Business Association Arts Foundation through which he founded the Concord July 4th Festival and Fireworks in 2014.

McGallian was vice-chair of the Board of Directors of the Greater Concord Chamber of Commerce from 2010 to 2016, and chaired the Chamber's Government Affairs and Economic Development Committee from 2008 to 2012.

He is active in many community organizations, serving as president of the Concord Kiwanis Club from 2009 to 2011 and as president of the St. Agnes School Board from 2008 to 2015. He has been a coach for Concord American Little League and CYO Basketball and Track and Field. He was an Assistant Scout Master for Boy Scout Troop 465, and served on the Board of Directors for the Mt. Diablo Silverado Council. Currently he is the Track and Field Throws Coach for Clayton Valley High School.

Tim is a State Farm Insurance Agent. He holds a Bachelor of Arts in Strategic Management and Marketing from Sacramento State University. He and his wife, Michelle, have three children: Andrew, Alyssa and Audrey.