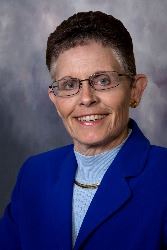 Laura Hoffmeister, a lifelong Concord resident, was first elected to the City Council in 1997 and reelected in:

She also served as:

Hoffmeister is active in her support of the various veterans and support organizations including Veterans of Foreign Wars (VFW) Post 1525-Clayton Valley; Blue Star Moms and Diablo Valley Veterans. She is a past recipient of Contra Costa Women's Hall of Fame Community Leadership Award.

She formerly served on the boards of the Concord Historical Society, American Association of University Women, and is a graduate of Greater Concord Chamber of Commerce's "Leadership Concord" Academy.

She holds a Bachelor of Science degree in City and Environmental Planning from the University of California, Davis.