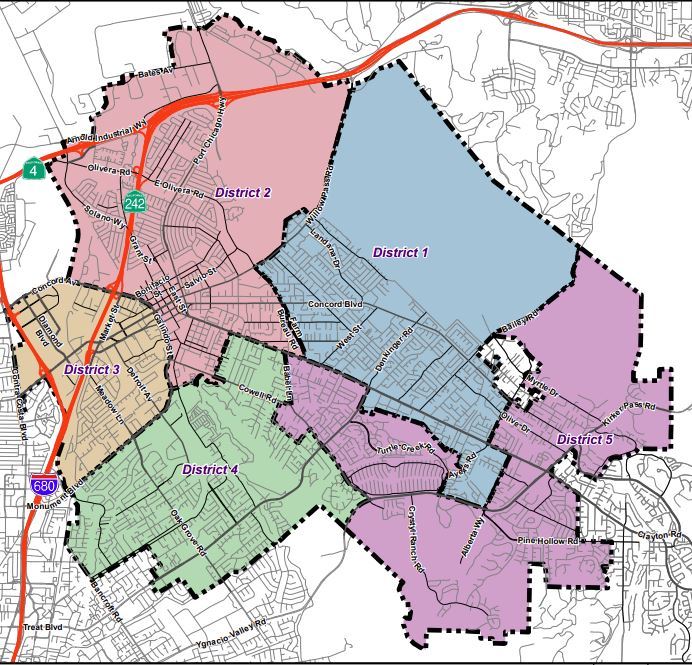 If you would like staff to make a presentation on district elections to your neighborhood association or community group, contact the City Clerk's Office at 925-671-3390.

Learn more about the City's efforts to update the district boundaries following the 2020 Census.