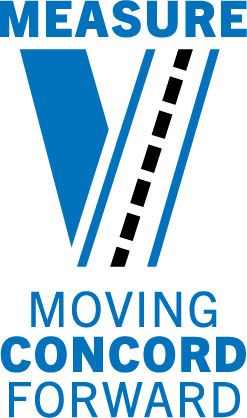 Measure V is a one-cent use and transaction tax intended to maintain a reliable source of local funding that cannot be taken by the State. It was placed on the November 2, 2020 general election ballot and approved by Concord voters.

Measure V is an extension of a previous voter-approved ballot measure known as Measure Q, a half-cent use and transaction tax first passed by voters in 2010 to preserve essential services as the economy suffered and then experienced a long, difficult recovery from the Great Recession. Voters extended Measure Q in 2014, and this funding has made a significant difference for Concord.

In addition to protecting public safety and keeping up much-needed basic maintenance on roads, facilities, and infrastructure during a time of serious financial hardship, Measure Q enabled the City to fund eight specific neighborhood pavement maintenance projects, as well as major roadway rehabilitation on Willow Pass and Denkinger Roads, plus various Citywide arterial maintenance efforts. Unfortunately, it was not enough to prevent the predictable decline in pavement condition, which is something that occurs naturally over time with heavy use and age. Measure V provides the extra dollars needed to aggressively address critical roadway repairs and improvements.

Measure V generates about $30 million annually and is invested by the Council into community-identified priorities. The priorities were determined through extensive public outreach and engagement.

To ensure that Measure V is being spent locally and on these stated priorities, an independent citizens’ oversight committee is required to review the City’s annual audit report and proposed budgets and to report to the community and City Council on whether Measure V revenues are being spent consistently with what voters were told it would be spent on.

Measure V Background: appears to be an empty link with target https://stream.ci.concord.ca.us/OnBaseAgendaOnline/Documents/ViewDocument/Agenda%20Staff%20Report%20for%20-%20Calling%20for%20and%20Giving%20Notice%20of%20an%20Election%20on.pdf?meetingId=540&documentType=Agenda&itemId=10041&publishId=6507&isSection=false